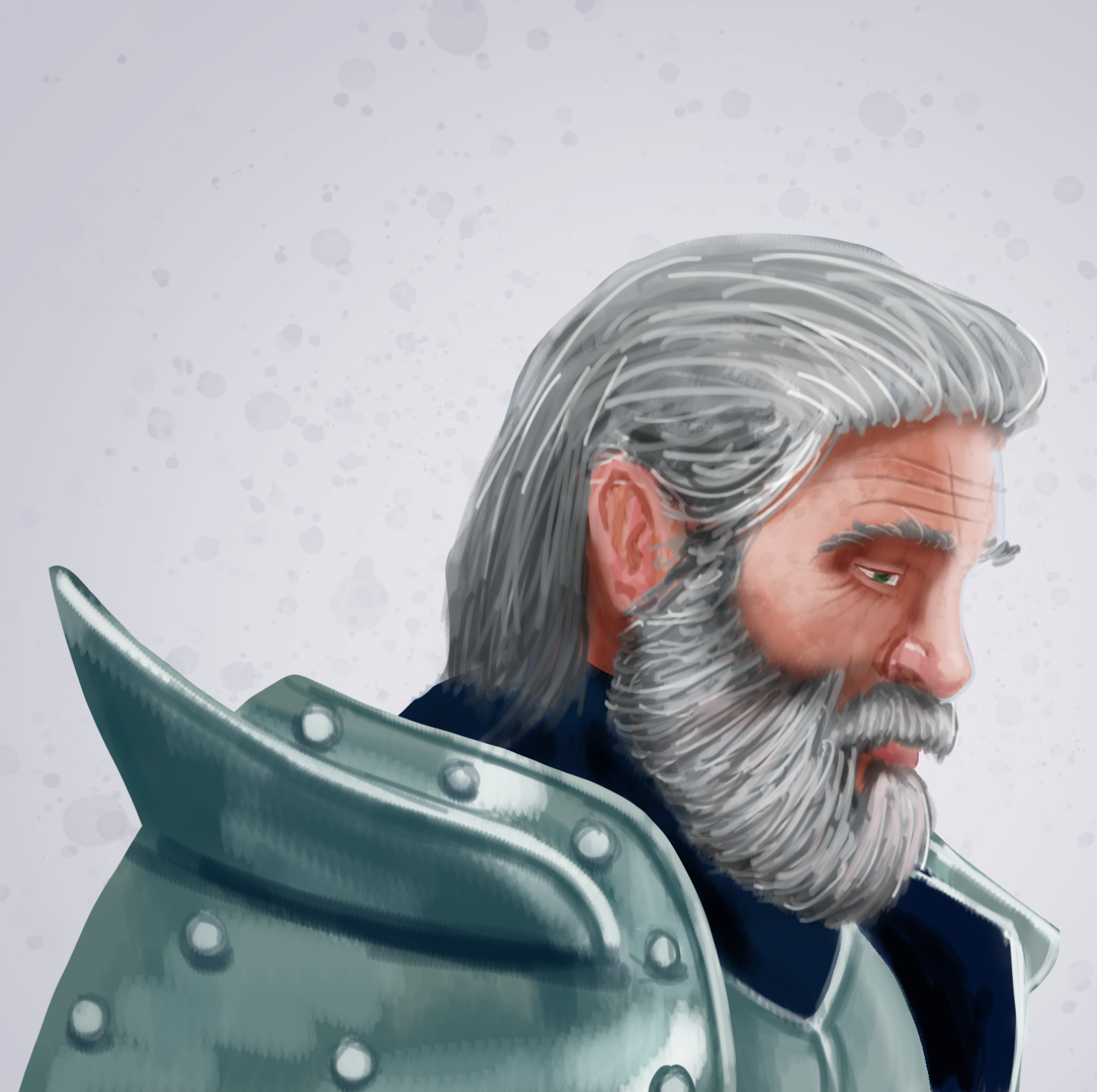 GÜNTHER GOTTLIEB – Male Human Knight.
Günther Gottlieb is an old veteran knight of the order of the White Rose. Together with his squire Thomas, he travels the lands in search of glory and treasures to save his declining noble house. 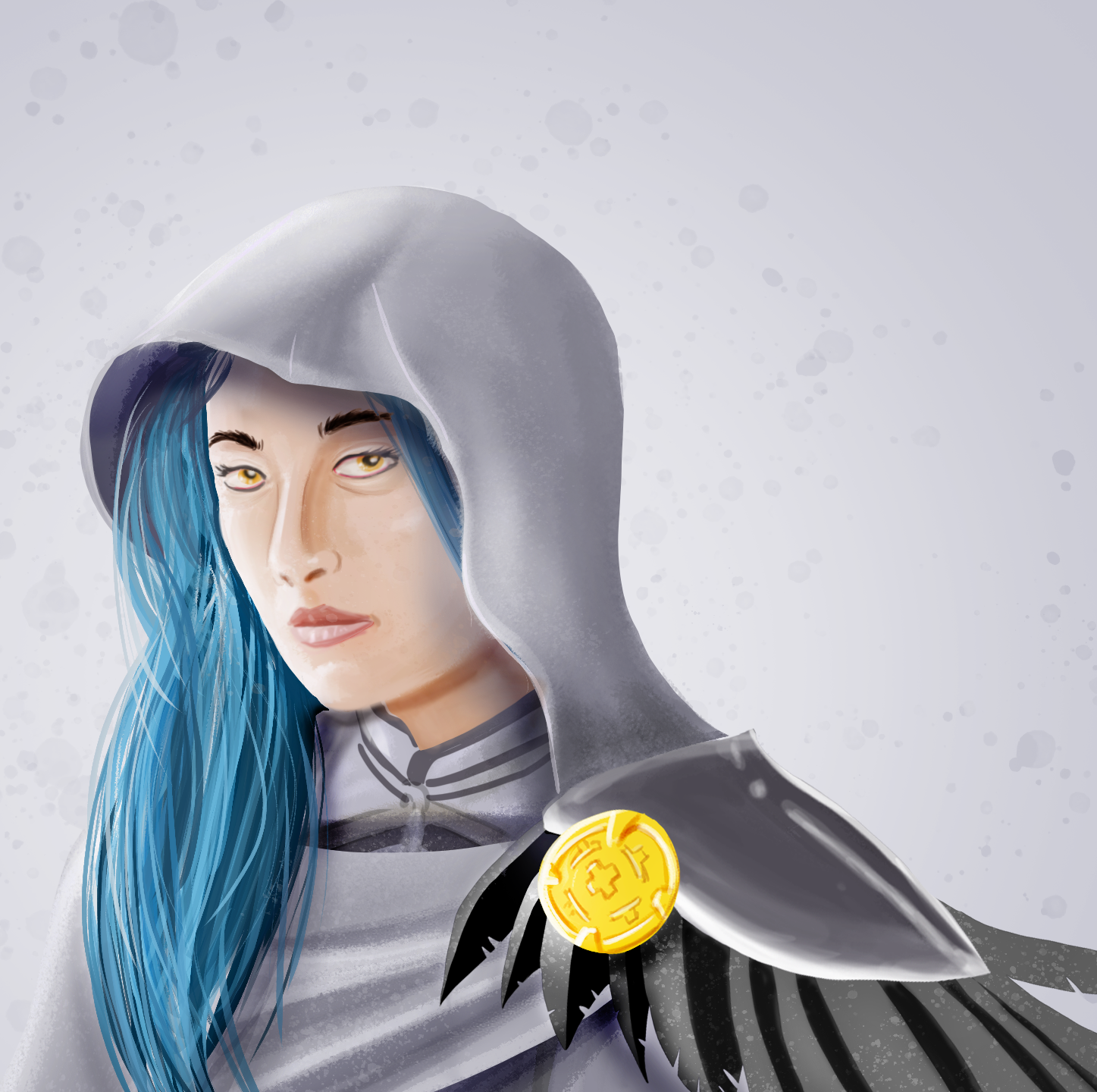 ODDLEIF HRAFNSVÆNGUR – Female Human Courtier.
Oddleif was born as the daughter of Countess Hallveig Hrafnsvængur. She spent most of her life in Halderon, at the Royal Court of Queen Albret of Estus. She was a cherished presence at court and to this day she is celebrated as an amazing playwright. Five years ago, she abruptly, and without any explanation, left court and moved back into her family’s keep on Ravenwing Island. Not much has been heard or seen of her ever since… 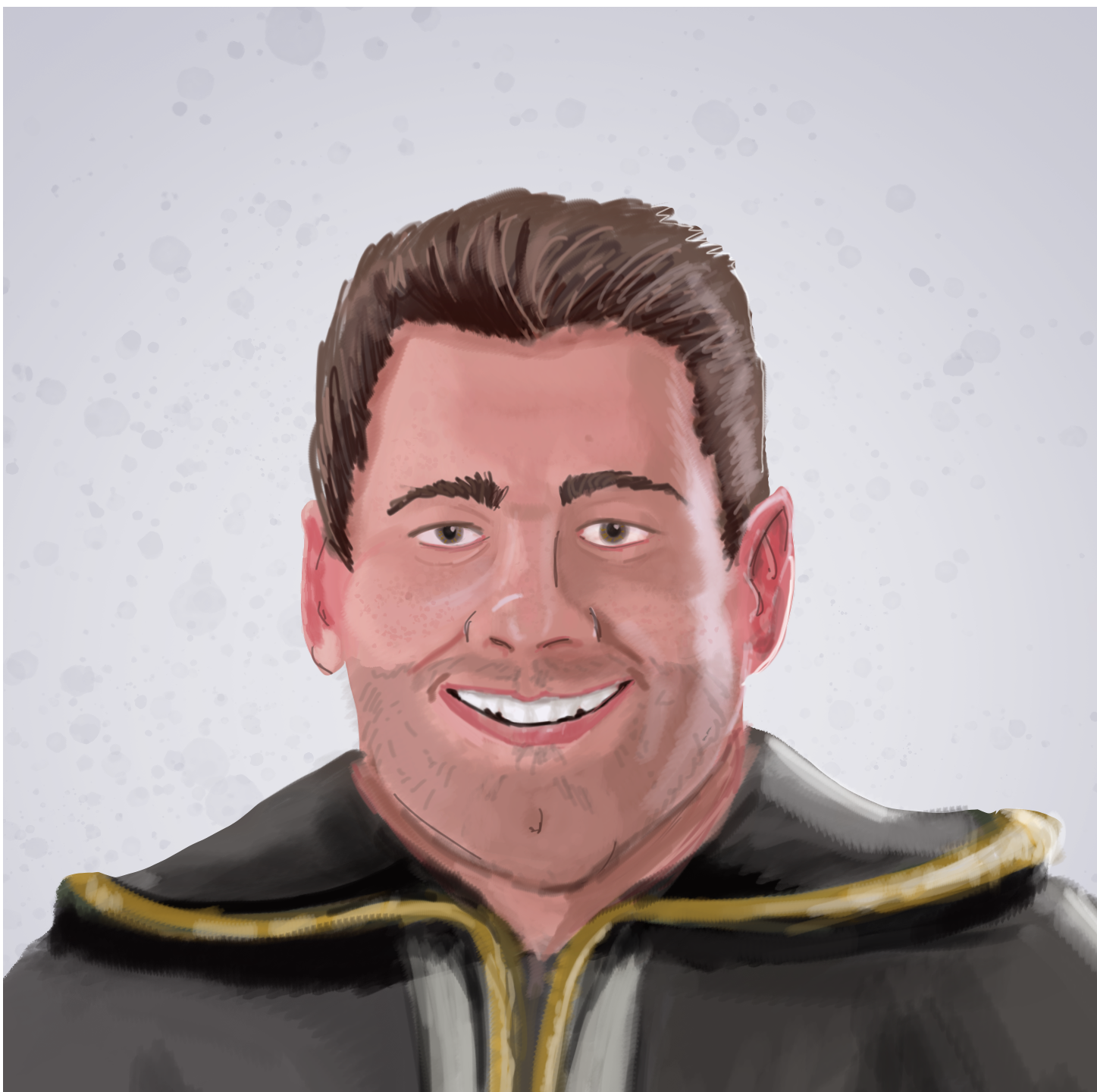 BOWIN GOODHEART – Male Human Acolyte.
Hailing from the Greenhold Cloister, Bowin has led a sheltered life. But, having read every book in the local library, his thirst for knowledge has finally set him on a journey to find new fonts of wisdom. Dragging his coffer along the uneven roads, he finds himself in a world that is slightly more imposing than he would have thought. Hopefully, his cooking skills and faith in Aedon will find him some trustworthy companions on the road ahead. SOLWING – Male Avaryn Far Traveler.
Solwing was born under the Divine Sun in the Purple Mountains. After he had learned to spread his wings, his parents took him to the shining pinnacle of Avaryn civilization: Harazhim. Not just to show him how magnificent their culture had been, but also to show him how it came to fall. For it was there he first laid his eyes upon the Darkness… and it changed his life forever.
When he was of age he joined the monks in the Temple of the Sun where he was trained and educated for the great task that he had set for himself: To find a way to lead his people out of the Darkness and back into the light of the Divine Sun. THOMAS LIGHTFEATHER – Male Human Noble.
Thomas Lightfeather is sir Günther’s loyal companion. When Sir Günther found Thomas he was on the brink of death. He took him in and started teaching him how to be a better man. Now Thomas tries to repay his debt by serving as sir Günthers squire, hoping that his dark past doesn’t catch up with him…